Rising shipping costs have prompted many companies to switch to air freight, resulting in the air freight sector booming, with rates two and a half times higher than before the pandemic.

Rising shipping costs have prompted many companies to switch to air freight, resulting in the air freight sector booming, with rates two and a half times higher than before the pandemic.

“There’s a huge surge in demand for products all around the world that can’t get serviced by sea freight. It would take something mighty to make it busier than what we’re doing at the moment.” says Dan Morgan-Evans, Global Director of Air Charter Service, which allows stores and other companies to rent whole planes for freight.

As the Christmas season approaches, many well-known companies are counting on airfreight to deliver their items on schedule. For many businesses, a delay during this busy season would be highly damaging.

Many shipping companies have adjusted and increased their offerings to accommodate both ocean and air transport. Maersk announced plans to expand its air freight capacity after reporting its greatest quarter in 117 years. Plans include the acquisition of Senator International and the addition of three leased planes to its own fleet in 2022, as well as the purchase of two new Boeing 777s in 2024.

Although there has been a boom in air freight, the conditions indicate that it may not persist indefinitely. “I think there is quite a risk that this big surge in demand that we’ve seen over the past year could just disappear as quickly as it started,” said James Hookham from the Global Shippers’ Forum. 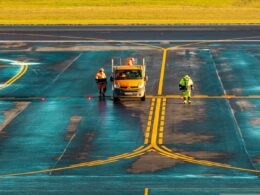 £1.5 million to boost recruitment into the aviation sector

New funding to develop skills and careers to support the future of the aviation industry. 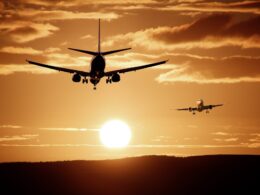 May air cargo buoyed by easing of Omicron restrictions in China