The Bank of England has maintained its current base rate at 0.5% since 2007, in order to support economic growth after the financial crisis. This means that, really, there is only one direction interest rates can go from here – up.

The question is when will this happen. While many had predicted that the hike would take place in early 2015, there are now conversations happening which suggest a “gradual and limited” increase could begin later this autumn.

Looking at the UK economy as a whole, we are certainly seeing growth, which looks set to continue into 2015. However, this is still not at pre-recession levels.

Although, from a positive perspective, the improvement in the economy is broad-based and a wide range of service and manufacturing industries are all expected to contribute to the overall economic growth – including transport and logistics.

There have been calls recently from the British Chambers of Commerce for Bank Governor Mark Carney to exercise caution before moving rates upward. However, there is also a counter argument that such a move could send a positive signal to the market about the UK’s consistent emergence from recession.

While the latest economic data from the BCC suggests that more manufacturing companies are worried about the impact of an imminent interest rate rise (moving from 16% to 18% between Q1 and Q2 2014), the recently confirmed support package of export credit from government that is now coming on stream, along with stable export growth in the UK, also needs to be taken into consideration.

Although interest rates are a factor in business decision-making, it could be suggested that some analysts are overestimating their importance in the complex mix of market economics. Granted, a significant, short-term rise in rates would not be welcome.

In contrast, a carefully managed interest rate rise by the Bank of England of perhaps an eighth or quarter of one percent later this year could further enhance the UK’s economic growth, rather than choke off recovery, by sending a vote of confidence to the international market.

Ultimately, while there are still challenges on the horizon around fuel pricing, labour shortages, warehouse capacity and so on, a managed interest rate rise should not be the thing keeping logistics professionals awake at night!

St John White is a qualified marketing professional who delivers big picture thinking and strategic insight to Europe-wide logistics and transport businesses in his role as board director at Prova PR.

With more than 20 years’ experience, St John has extensive knowledge of driving PR and marketing campaigns which deliver tangible business growth across the transport, logistics, fleet management and automotive sectors.

A leading award-winning international PR consultancy, Prova has specialised in the logistics, transport and technology industries for more than a decade. Based in Warwick, Prova delivers strategic PR and marketing campaigns for UK and international organisations 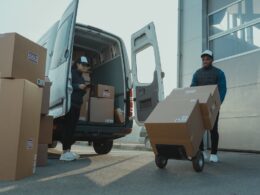 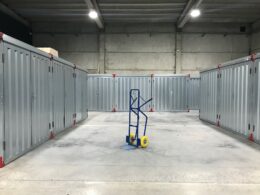 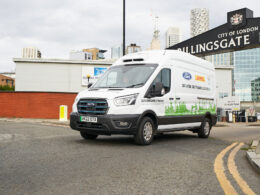