Following a vote by a majority of 82% of port workers to reject a pay offer of 7%, a fresh second eight-day strike is scheduled to take place at the port of Felixstowe between September 27 and October 5.

As the pay dispute continues, nearly 2,000 workers at Britain’s busiest container port are planning a second strike later this month.

The Unite trade union has given the Port of Felixstowe notice of another eight-day walkout, which will take place from September 27 to October 5.

“Any further strike action will inevitably result in delays and disruption to the UK’s supply chain, but this is entirely the company’s fault,” Unite national officer for docks Bobby Morton said, referring to port operator CK Hutchison.

In comparison to the 12.3% retail price index (RPI, an older measure of inflation), the union claimed that the pay agreement “is, in reality, a sizable pay cut.”

Sharon Graham, general secretary of Unite, stated, “Felixstowe and (its owner) CK Hutchison are both filthy rich, but rather than offer a fair pay offer, they have attempted to impose a real terms pay cut on their employees.”

According to the BBC, the port’s management has imposed the pay agreement. The primary reason cited for this decision is a breakdown in negotiations.

Management is said to have given employees a 7% pay increase retroactive to January of this year, along with a £500 bonus. Unite, which represents dockers in both Felixstowe and Liverpool, is currently requesting a 10% pay increase.

Robert Ashton, CEO of the port, stated in a letter to employees that they have exhausted all avenues to reach an agreement and that the port will implement its pay offer to bring the matter to a close.

The strike would be similar to a walkout that lasted for eight days at Felixstowe in eastern England a month ago. Although it clogged supply lines, the walkout did not cause widespread disruption in an industry that was already dealing with supply chain issues.

The strike at Felixstowe included all workers responsible for the port’s operations, which accounts for 48% of all container freight in the United Kingdom and is a major exporter to Europe. It included crane operators, machine operators, and stevedores who returned a vote for action on July 28 with a majority of 92% and a participation rate of 81%. They rejected an initial compensation offer of 5%. Unite’s attempts to avert action failed during arbitration talks, as management refused to offer more than 7% when the inflation rate had already surpassed 12%.

In other news, more than 560 dockworkers at the Port of Liverpool, one of the country’s largest container docks, will strike over pay from September 19 to October 3, according to Unite.

The strike at Felixstowe will coincide with a two-week walkout by port workers in Liverpool. 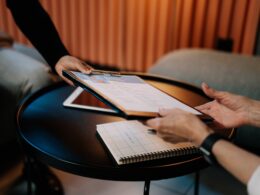 This week at Red Recruit, we have lots of fantastic jobs in logistics, plus the Christmas decorations are going up in the office!
10 shares
10
0
0 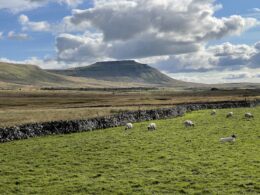 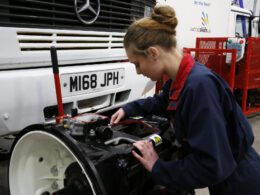 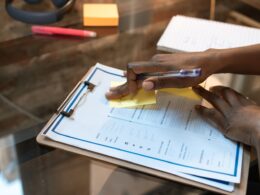 This week at Red Recruit, we have lots of fantastic jobs in logistics, and Caroline and Clarissa are at The Movers & Storers Show.