For the first time since the Russian invasion began, a ship exporting Ukrainian grain has left the port of Odesa under an international deal to ease the global food crisis.

Following last month’s rare diplomatic breakthrough in what has evolved into an extended war of attrition, the agreement on grain and fertiliser exports between Russia and Ukraine brokered by Turkey and the United Nations opened the door to this voyage.

The agreement, which was signed on July 22 in Turkey, ensures that commercial vessels departing from Odesa and two other ports in Ukraine will do so in complete safety. It is scheduled to remain in effect for a period of 120 days, and it is dependent on the monitoring of designated maritime corridors by delegations from Ukraine, Russia, Turkey, and the United Nations.

Along with the agreement to open up Ukrainian exports, Russia received assurance of assistance in exporting grain and fertiliser, easing the immense pressure on markets and farmers, particularly in the developing world.

The cargo ship, which was carrying more than 26,000 metric tonnes of corn, set sail from Odesa amid concerns that the agreement, which had been signed in Istanbul in late July, would not be honoured because of a Russian missile attack on the port the day after the signing.

The sound of a tug boat’s horn signalled the departure of the Razoni, a Sierra Leone-flagged bulk carrier that set sail at 9:30 a.m. local time. According to Turkey’s Defense Ministry, the ship was bound for Tripoli, Lebanon. According to marine tracking data, it had been stranded in the Odesa port since February 18 this year.

To ensure the safe passage of the Razoni, the Istanbul coordination centre issued a statement saying that it had agreed to “specific coordinates and restrictions” along the maritime corridor and had requested all the delegations to inform their respective military and other authorities. By Monday night, marine tracking data indicated that the ship was moving along the corridor southwest of Odesa and close to Ukraine’s coast.

But before millions of tonnes of grain leave Ukrainian Black Sea ports, there are still obstacles to overcome, including the clearing of sea mines and creating a framework for ships entering the conflict zone and picking up cargo.

“Ukraine, together with our partners, has taken another step today toward preventing world hunger,” said Ukraine’s infrastructure minister, Oleksandr Kubrakov. He emphasised that Ukraine had done “everything” to restore the ports and that lifting the blockade would bring the Ukrainian economy $1 billion (£820 million) in foreign exchange revenue.

In order to make room for the new crop, Ukraine, also known as the breadbasket of Europe, is planning to export a total of 40 million tonnes of grain over the next year.

Successful resumption of grain export would lead to significant economic gains for both Ukraine and the global markets.

Mykola Solskyi, the agriculture minister of Ukraine, stated last week that $10 billion worth of grain was stored in the country and that the upcoming harvest would add another $20 billion to that total. 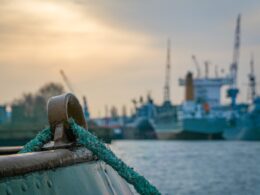 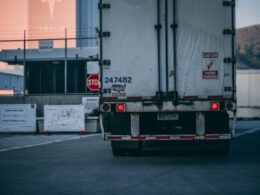