Major boosts to funding for rail route upgrades in the north.

Passengers in the north are set for a major boost as Transport Secretary Grant Shapps more than trebles the investment for TransPennine route upgrades (TRU), slashing journey times, setting the foundations for Northern PowerHouse Rail and reducing carbon emissions by up to 87,000 tonnes per year.

The increase in funding, from £2.9 billion to more than £9 billion, is set to strengthen TRU and Northern Powerhouse Rail, transforming an already ambitious project to a ‘gold standard’ and delivering on the government’s priority of Levelling Up the country.

The full route will be fitted with the latest technology, from complete electrification and full digital signalling, to increased capacity along the route for passenger and freight services between Huddersfield and Westtown in Dewsbury, doubling tracks from 2 to 4.

Funding will also facilitate Northern Powerhouse Rail potentially doubling the amount of direct construction jobs from 2,000 to up to 4,000, taking thousands of lorries off our roads and delivering better journeys, sooner for passengers across the north.

Through our record-breaking integrated rail plan, we have a once in a lifetime opportunity to redesign the railways and it’s only right that we deliver this in line with the best quality technology at our disposal.

By trebling the overall investment in the TRU, I’m ensuring the north is at the forefront of the government’s Levelling Up agenda and guaranteeing passengers gold standard services set to deliver greener, faster and reliable services through Northern Powerhouse Rail, electrification and additional train tracks.

Once complete, the TRU is expected to deliver multiple benefits, delivering an extra 2 passenger trains every hour and additional hourly freight slots. Upgrades are expected to service more reliable journeys and slash journey times by up to 40%. Northern Powerhouse Rail will be fully electrified, improving the local environment and air quality across the north.

The TransPennine route upgrade, announced in November 2021 as part of the integrated rail plan, will be hitting the tracks from 2025 – boosting economic growth and creating local skilled jobs. 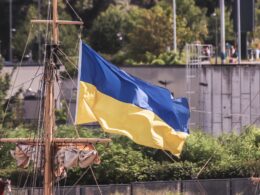 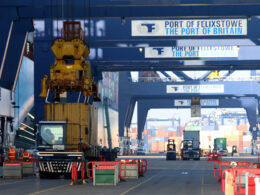