While the competency trap as a management concept has been around for a while, never has it been more applicable than it is in today’s current retail/logistics environment. The advent of new technologies, including AI, big data and the IoT are all driving radical changes to the marketplace.

For those who’ve not heard of the concept, the competency trap is where established companies fall into the pattern of making incremental improvements to deliver business performance. As a result, these organisations have embraced small moderate change as a way to evolve the business, but as they mature it becomes more difficult to differentiate enough to impact performance.

A competitor enters the market with a new way of delivering the same product/service, and established companies are dismissive of the approach and ignore the threat. That gives the new market entrant time to scale up and develop capacity. Before you know it customers are flocking to the new way of buying and by the time the established companies recognise the threat, it’s too late for them to catch up. The new market entrant has capacity and an increasing market share – think book stores and Amazon. By the time that most book stores realised that indeed people would buy online, it was too late and Amazon’s capacity to sell books online surpassed them.

Now apply this to the current retail/logistics environment. Retailers have invested millions in incremental changes to improve their services, build customer loyalty and develop capacity to deliver online in order to remain competitive. Under the threat of online retail and overseas supplier challenges, retailers have made improvements to their offering that include next day delivery, free returns and so on.

However, in an already shaky marketplace, are retailers ready for the fundamental and seismic shift that new technology and specifically data is bringing to the marketplace? For some, I fear not. Incremental change builds inertia making it difficult for established retail businesses to adapt. When we look at the retail marketplace it’s evident that many are lacking the strategic oversight and the skillsets that can identify, manage, and even value data, let alone implement and deliver its value.

Operating in such an erratic environment means that retailers are merely reacting to the changes that they’re facing, rather than planning for new threats – and are once again challenged by the inertia that incremental change causes.

As new technological innovations bring ‘blue sky’ thinking and concepts, retailers are ignoring the opportunity to utilise data effectively and apply it to their warehouse operations or even to help drive buyer behaviour. This is very much evident in the current scenario of online stores blacklisting serial returners. Retailers are merely responding to market conditions rather than looking at how they can improve the returns process to decrease costs, increase efficiencies and improve warehouse processes to better equip themselves for market changes in the future.

Retailers often don’t realise that there is a better way. Instead they take incremental steps to improve their existing business models rather than seeking ways to incorporate the value that data delivers – this is the competency trap.

Big retailers are generating a wealth of data, but they’re finding it difficult to apply the value of it as part of the broader business planning. If they don’t, it’s likely that they’ll be uncompetitive within 15 years, if not sooner. The power of data is evident everywhere, it’s enabling us to discover patterns, interpret trends and improve performance.

The retail market is already under threat, not just from agile online-only retailers at home and abroad, but also directly from manufacturers. Technology has enabled manufacturers to directly reach the end consumer, reducing the need for wholesalers and inevitably retailers. This means that manufacturers have a huge opportunity but will need to create logistics functions that can deliver in small batches to multiple locations, as opposed to large deliveries to single retailers. As a result, warehouse management technology needs to be able to process and deliver smaller orders than it used to previously – it’s a new way of doing business.

Utilising the functionality and flexibility of software systems can deliver new business value for retailers. Using those systems to process data more intelligently, to find the relationships between data stores, understand its value and leverage it, will help them to not only survive but thrive in the future – particularly if they’re able to embed that data as part of their innovation strategy. 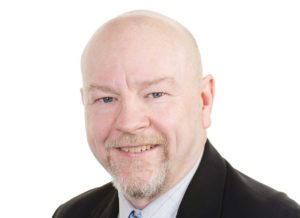 By Professor Phil Greening, Deputy Director of the Centre of Sustainable Road Freight and board member of imio software

Kizzi Nkwocha is the publisher of My Logistics Magazine, The UK Newspaper, The Property Investor, The Cryptocurrency Magazine, The Sussex Newspaper and Business Game Changer Magazine. Kizzi Nkwocha made his mark in the UK as a publicist, journalist and social media pioneer. As a widely respected and successful media consultant he has represented a diverse range of clients including the King of Uganda, and Amnesty International. Nkwocha has also become a well-known personality on both radio and television. He has been the focus of a Channel 4 documentary on publicity and has hosted his own talk show, London Line, on Sky TV. He has also produced and presented both radio and TV shows in Cyprus and Spain. Nkwocha has published a number of books on running your own business and in 2011 his team won the Specialized Information Publishing Association (SIPA) award for best use of social media.