The first ever net zero transatlantic flight will take off from the UK next year, with Virgin Atlantic receiving government funding to fly across the pond using solely sustainable aviation fuel (SAF).

In 2023, one of Virgin Atlantic’s flagship Boeing 787s, powered by Rolls-Royce Trent 1000 engines, will take off from London Heathrow and make the journey to New York’s John F Kennedy Airport – a journey made by thousands of people for business, family and leisure every week. But this will be no ordinary journey.

When fully replacing kerosene, SAF can slash lifecycle carbon emissions by over 70% compared to conventional fossil jet fuel. This flight is expected to be fuelled by SAF made primarily from waste oils and fats, such as used cooking oil. The use of 100% SAF on the flight, combined with carbon removal through biochar credits – a material which traps and stores carbon taken from the atmosphere – will make the flight net zero.

Not only will SAF be key in decarbonising aviation, but it could create a UK industry with an annual turnover of £2.4 billion by 2040, and which supports up to 5,200 UK jobs by 2035.

For decades, flying from London to New York has symbolised aviation’s ability to connect people and drive international progress. It’s now going to be at the forefront of cutting carbon emissions from flying.

Not only will this flight pave the way for future generations, but it will demonstrate just how much we can achieve when we work together on a shared goal – bringing together some of the best businesses and academics in the world and led by a British airline.

As an airline founded on and committed to innovation, we’re proud to lead a cross-industry consortium of partners to make aviation history by operating the first ever 100% SAF flight across the Atlantic. Virgin Atlantic’s inaugural flight in 1984 was to New York and today it continues to be one of our most popular routes. It will be an honour to pave the way for this important business and leisure route to become even more sustainable.

This challenge recognises the critical role that SAF has to play in decarbonising aviation and the urgent collective action needed to scale production and use of SAF globally. The research and results will be a huge step in fast-tracking SAF use across the aviation industry and supporting the investment, collaboration and urgency needed to produce SAF at scale. Our collective ambition of net zero by 2050 depends on it.

Aviation is one of the hardest sectors to decarbonise and without urgent collaborative action it could be one of the highest-emitting sectors for greenhouse gases by 2050. To tackle this, the government published the Jet Zero strategy in July 2022 which sets out our approach for decarbonising the sector and champions SAF as one of the main tools for achieving Jet Zero.

Challenges remain, however, including the need to scale up SAF production and the existing limit on how much SAF is permitted in jet engines by current fuel specifications. Today, a maximum of 50% SAF blended with kerosene can be used in commercial jet engines. By using 100% SAF, the consortium will demonstrate the potential to decarbonise long-haul routes and bring us a step closer to net zero aviation.

Other challenges preventing a higher uptake of SAF include high fuel production costs, technology risk at commercial scale and feedstock availability. To address these, the government is working to set the UK up to be a global leader in the development, production and use of SAF, allowing us to progress towards net zero flying, and creating thousands of green jobs.

The government will introduce a SAF mandate requiring at least 10% of jet fuel to be made from sustainable sources by 2030 to create secure and growing demand, continue to invest in a domestic SAF industry through the £165 million advanced fuels fund, and work with the industry and investors to understand how to secure long-term investment into the sector. Along with this ground-breaking flight, these measures will support a growing role for SAF within the future of everyday flying.

Congratulations to Virgin for winning the net zero transatlantic flight fund competition. This represents an incredible milestone for the entire aviation industry in its journey towards net zero carbon emissions.

We are incredibly proud that our Trent 1000 engines will power the first ever flight using 100% SAF across the Atlantic. SAF will play such an important role in decarbonising long-haul flight in particular and is a key element of our sustainability strategy.

The Trent 1000 can already be flown with a 50% blend of SAF on commercial flights and by the end of 2023 we will have proven that our whole family of Trent engines and business aviation engines are compatible with 100% SAF.

Boeing is proud to support the Department for Transport and Virgin Atlantic in this endeavour. Our longstanding sustainability partnership with Virgin dates back to the historic 2008 commercial SAF test flight on a Boeing 747.

Together, as we add another SAF ‘first’ to our partnership and to the benefit of the industry, we know we are one step closer to a sustainable future of flight that will have zero climate impact.

As well as delivering cleaner skies, the development of a domestic industry for the production of SAF has the potential to improve fuel security and support thousands of green jobs. In 2020, it was estimated that a UK SAF industry could generate a gross value added (GVA) of up to £742 million annually and support up to 5,200 UK jobs by 2035. A further 13,600 jobs could be generated from the growing market for SAF through global exports – helping to level up the UK and boost the economy.

Delivering the transatlantic flight will help to gather the data needed to support ongoing and future work to test and certify higher blends of SAF and its non-CO2 impacts, while exploring how operational efficiency improvements, flight optimisation and carbon removals can contribute to achieving net-zero flights – not just in the UK, but for the global aviation industry.

We’re delighted to be part of this project to advance understanding the non-CO2 effects of flying. As we adopt sustainable aviation fuels to decarbonise aviation, it’s essential that we also evaluate these non-CO2 climate impacts and demonstrate ways to reduce them.

We are delighted to be working on this prestigious and timely project to deliver the first transatlantic net-zero flight. Through this partnership of world-leading aviation experts from industrial and academic backgrounds, we’re going to help make sustainable aviation fuels a reality for long-haul flights.

The facilities at the University of Sheffield – including the Sustainable Aviation Fuels Innovation Centre (SAF-IC) – are at the cutting edge of SAF development, characterisation and testing. We’re excited to join this project to deliver the fuel which will drive the decarbonisation of the aviation sector, and secure greener, cleaner flights for the future.

Flying over an ocean at nearly the speed of sound without producing any net climate impact will be an inspiring step towards a net zero aviation industry. ICF is delighted to partner with Virgin Atlantic to make this milestone a reality in 2023.

We will draw on our decades of experience in sustainable aviation to develop, apply and critically assess methods to estimate and measure the life-cycle climate impact of transatlantic operations, and apply these to achieve a net zero flight. 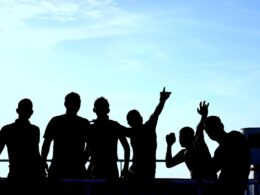 The Mission to Seafarers has issued the latest Seafarers Happiness Index with happiness rising across the board in 2022. 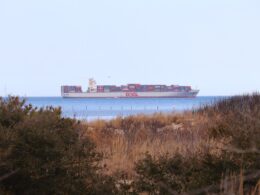 BIFA cooperates with Pledge to help its members understand and address the environmental issues that affect supply chain management. 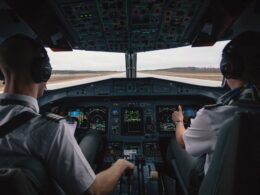 Talented individuals in aviation help inspire next generation of workers 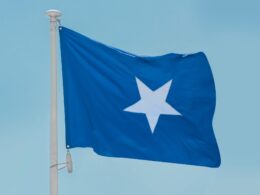 IATA welcomes the reclassification of airspace over Somalia and the surrounding region to Class A on 26 January 2023.