https://t.co/q73IPRkyTv #logistics #supplychain #freight #news
4 hours ago
Are you looking for jobs in logistics? The team at Red Recruit have rounded up this week's most popular jobs.… https://t.co/ivoOe56ZvR
yesterday
HMRC extends CHIEF use for companies unable to switch to CDS as they lay guidelines for smooth and efficient migrat… https://t.co/oRq5Z4OFfM
yesterday
Follow

In a bid to ease driver shortage problems, the UK government has made a temporary extension of freight drivers working hours, a move the industry says is no more than applying a “sticking plaster’.

The temporary extensions mean HGV drivers will be able to shift weekly rest patterns on Monday or extend daily limits from 9 to 10 hours.

In response to the extensions, the Road Haulage Association, said “Relaxing drivers’ hours won’t make any material difference – and fails to address the underlying issues, which require a package of measures to fix,”.

Chief Executive of RHA, Richard Burnett, deemed it counter-productive by making the job less attractive. “Loading more hours on to drivers that are already exhausted is not the answer – the problem needs more than just a sticking plaster,”.

Adding “Ministers should be mindful that road safety is the reason HGV drivers’ hours are limited. Relaxing them should only be used as a last resort to resolve short-term issues that cannot be addressed in other ways.”

Burnett noted that pay rates were going up as the lack of drivers worsened. “Suppliers and retailers should be prepared that these additional costs will be passed on,”.

Adrian Jones from Unite reiterated, saying the extensions would not do anything to resolve the shortages. “Unite will be advising its members to not place themselves in danger and that if they are too tired to drive safely, they have a legal right to refuse to do so.

“Unite will fully support those who make that decision, legally and industrially.”

Freight business representatives, Logistics UK, stated the extended hours would “heap more pressure on drivers who are already stretched to the limit to deliver”. James Firth, of Logistics UK remarked the industry “vehemently opposed the extension” and said the government had “ignored the will of those who will be most affected by the changes”.

“Existing drivers have been working flat out since the start of the pandemic, and this could be the final straw for many of them,” he said.

“Instead of trying to paper over the gaps, government should be working with industry to produce a plan to support moving drivers through the current bottleneck of HGV driving tests.”

A spokesperson for the UK government said it had “already taken action on HGV driver shortages, including ramping up vocational test capacity, and funding apprenticeships”.

“Most of the solutions, however, are likely to be driven by industry, with progress already being made in testing and hiring, and a big push towards improving pay, working conditions and diversity,” they added.

The government said driver safety must not be compromised and operators must notify the Department for Transport if the relaxation is used.

https://t.co/q73IPRkyTv #logistics #supplychain #freight #news
4 hours ago
Are you looking for jobs in logistics? The team at Red Recruit have rounded up this week's most popular jobs.… https://t.co/ivoOe56ZvR
yesterday
HMRC extends CHIEF use for companies unable to switch to CDS as they lay guidelines for smooth and efficient migrat… https://t.co/oRq5Z4OFfM
yesterday
Follow 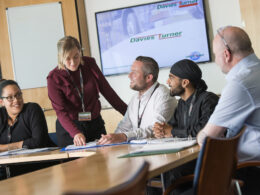 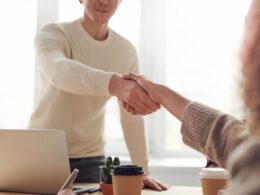 Are you looking for jobs in logistics? The team at Red Recruit have rounded up this week's most popular jobs.
2 shares
2
0
0 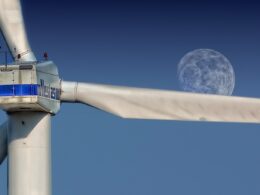 Amazon to bring low carbon electrofuels to its trucking fleet 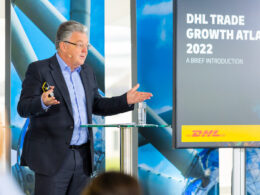 DHL and NYU Stern publish the new DHL Trade Growth Atlas, which maps the most important trends and prospects of global trade in goods.
17 shares
17
0
0